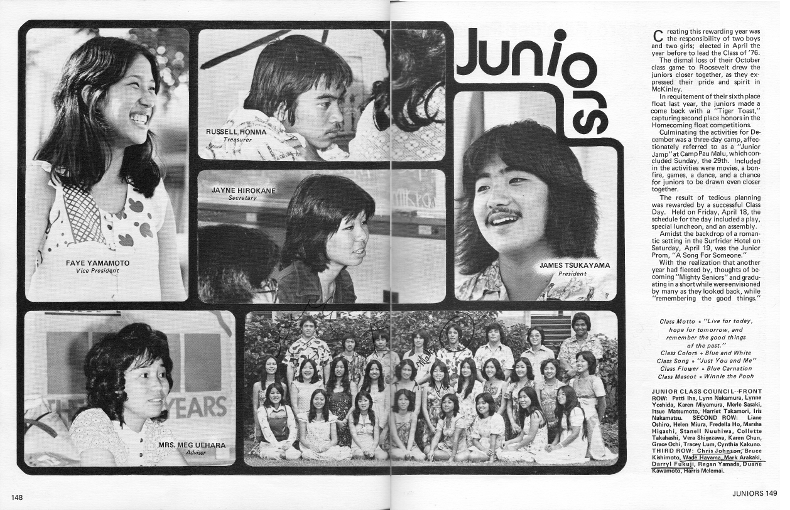 Creating this rewarding year was the responsibility of two boys and two girls; elected in April the year before to lead the Class of '76.

The dismal loss of their October class game to Roosevelt drew the juniors closer together, as they expressed their pride and spirit in McKinley.

In requitement of their sixth place float last year, the juniors made a come back with a "Tiger Toast", capturing second place honors in the Homecoming float competitions.

Culminating the activities for December was a three-day camp, affectionately referred to as a "Junior Jamp" at Camp Pau Malu, which concluded Sunday, the 29th. Included in the activities were movies, a bonfire, games a dance, and a chance for juniors to be drawn even closer together.

The result of tedious planning was rewarded by a successful Class Day. Held on Friday, April 18, the schedule for the day included a play, special luncheon, and an assembly.

Amidst the backdrop of a romantic setting in the Surfrider Hotel on Saturday, April 19, was the Junior Prom, "A Song for Someone."

With the realization that another year had fleeted by, thoughts of becoming "Mighty Seniors" and graduating in a short while were envisioned by many as they looked back, while "remembering the good things."

Class Motto: "Live for day, hope for tomorrow and remember the good things of the past."
Class Colors: Blue and White
Class Song: "Just You and Me"
Class Flower: Blue Carnation
Class Mascot: Winnie the Pooh 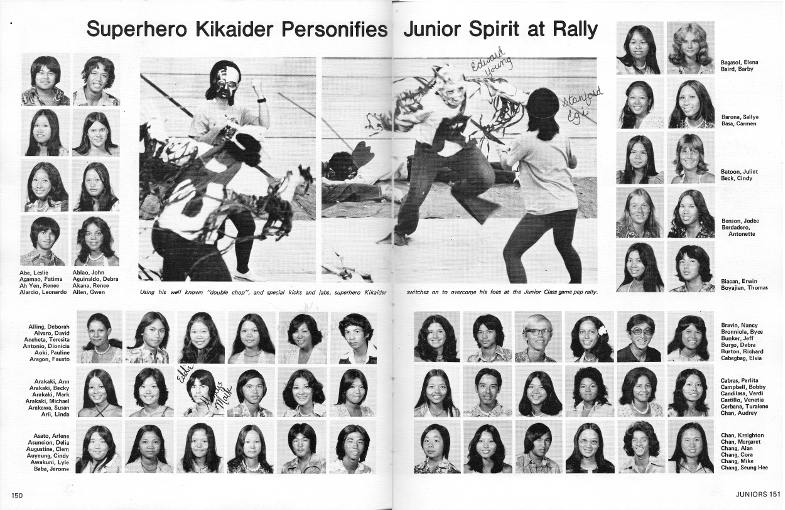