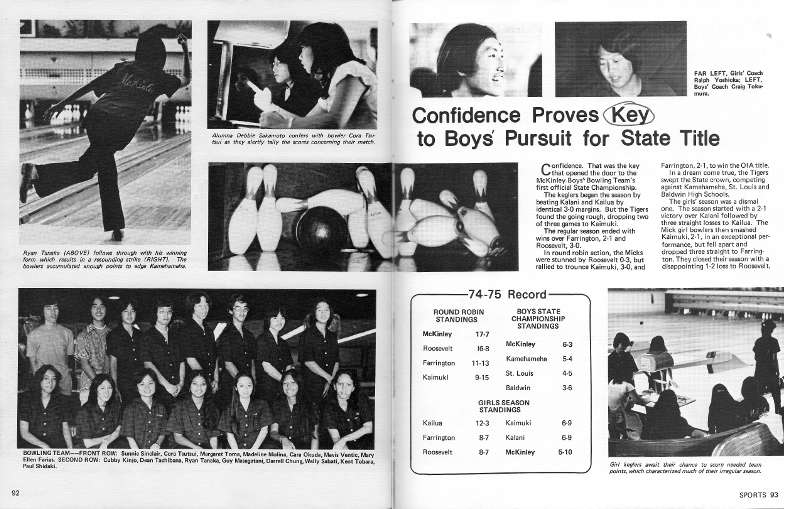 Confidence. That was the key that opened the door to the McKinley Boys' Bowling Team's first official State Championship.

The keglers began the season by beating Kalani and Kailua by identical 3-0 margins. But the Tigers found the going rough, dropping two of three games to Kaimuki.

The regular season ended with wins over Farrington 2-1 and Roosevelt 3-0.

In round robin action, the Micks were stunned by Roosevelt 0-3, but rallied to trounce Kaimuki, 3-0, and Farrington 2-1, to win the OIA title.

In a dream come true, the Tigers swept the State crown, competing against Kamehameha, St. Louis and Baldwin High Schools.

The girls' season was a dismal one. The season started with a 2-1 victory over Kalani followed by three straight losses to Kailua. the Mick girl bowlers then smashed Kaimuki, 2-1, in an exceptional performance, but fell apart and dropped three straight to Farrington. They closed their season with a disappointing 1-2 loss to Roosevelt.