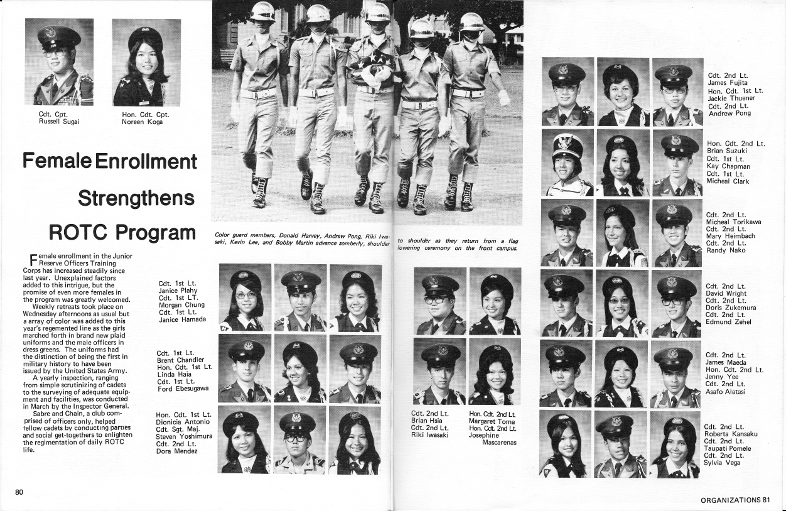 Female enrollment in the Junior Reserve Officers Training Corps has increased steadily since last year. Unexplained factors added to this intrigue, but the promise of even more females in the program was greatly welcomed.

Weekly retreats took place on Wednesday afternoons as usual but a array of color was added to this year's regimented line as the girls marched forth in brand new plaid uniforms and the male officers in dress greens. The uniforms had the distinction of being the first in military history to have been issued by the United States Army.

A yearly inspection, ranging from simple scrutinizing of cadets to the surveying of adequate equipment and facilities, was conducted in March by the Inspector General.

Sabre and Chain, a club comprised of officers only, helped fellow cadets by conducting parties and social get-togethers to enlighten the regimentation of daily ROTC life.