A Look Into McKinley's Origins, History 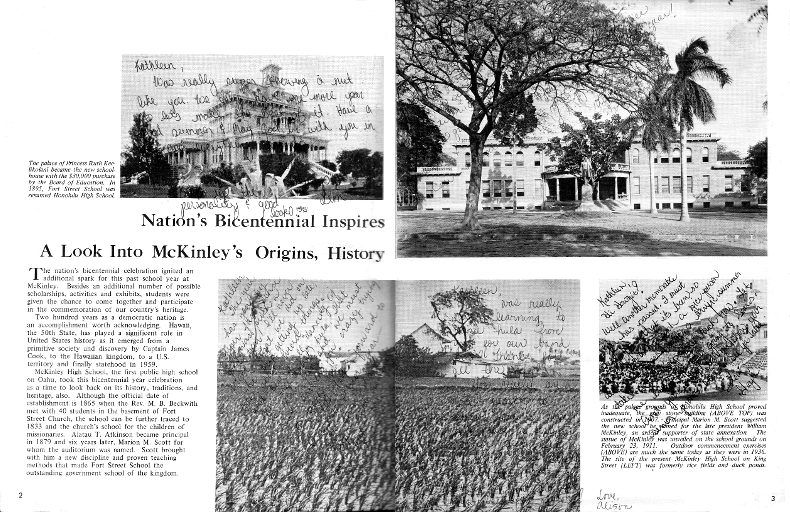 The nation's bicentennial celebration ignited an additional spark for this past school year at McKinley. Besides an additional number of possible scholarships, activities and exhibits, students were given the chance to come together and participate in the commemoration of our country's heritage.

Two hundred years as a democratic nation is an accomplishment worth acknowledging. Hawaii, the 50th State, has played a significant role in United States history as it emerged from a primitive society and discovery by Captain James Cook, to the Hawaiian kingdom, to a U.S. territory and finally statehood in 1959.

McKinley High School, the first public high school on Oahu, took this bicentennial year celebration as a time to look back on its history, traditions and heritage, also. Although the official date of the establishment is 1865 when the Rev. M.B. Beckwith met with 40 students in the basement of Fort Street Church, the school can be further traced to 1833 and the church's school for the children of missionaries. Alatau T. Atkinson became principal in 1879 and six years later, Marion M. Scott for whom the auditorium was named. Scott brought with him a new discipline and proven teaching methods that made Fort Street School the outstanding government school of the kingdom.